(Note that posts closer to the top are newer. Scroll to the bottom to see older posts.)


keesko, 21:17
August 5th 2016
Everything went well
Everything is going well. And everything has been going well for the past month.

He said he temporarily isn't working on it because of school stuff. He didn't specify but I suppose it's about the exams.

Anyway, I got some good scores in osu! these days, nothing else happened. Also a site I loved has opened earlier this afternoon and I love it!
keesko, 17:22
June 18th 2016
Questions
I had a weird dream last night. But first I'll explain what was different than the other nights.

Basically, I had two alarms ready, one for 5:30am and one for 6:00am. They were on my phone. I set them because I wanted to watch a streamer that streams early in the morning. I used to watch him last summer, but when I came back to "school" I had to wake up around the time he starts streaming, so I haven't seen one of his streams in months (at least not live).

That was the idea. To avoid waking up my parents, I put on a pair of headphones so that only I could hear the alarms. But they didn't ring...
I think.

Instead I dreamed that I was waking up to said alarms (the second one) and of course I deactivated it and went to use my computer. After turning it on, one of the few things I decided to do before setting stuff up to watch one of my favourite streamers after months was to check this site.

And there were weird entries to the blog. Most of them had no title or date/time, they were empty, but they still had content (even though it was blurry, you can achieve a similar effect with CSS by making text transparent and using text-shadow, but I think there's also the possibility to do it without that trick, again I'm not a CSS expert).

I immediately went to edit the site's html to remove the "broken entries" but... they weren't there.
But the "Save" Button for the html page was enabled (meaning something had been modified even though I had just opened the page). I tried undoing stuff, but nothing changed, still no broken entries.

I hit the save button and checked again, and the entries were still there. So I tried adding my own one, and when compiling the time and date fields in the html, I checked my phone: it was 9:30am.

That's when I woke up, in my bed, headphones still on, phone still charging. The alarms were still active but they didn't ring.
I immediately turned on the computer and checked the site but nothing had changed, no broken textboxes. I even checked from the phone's browser, nothing. I did notice that it was 9:30am though.

I think it was a dream, that was incredibly weird. I also missed the streams, so I'll try again tomorrow.
tbh I don't even know if that guy streams tomorrow...
keesko?, ??:??
?? ?? 2016
???
i haven't given a shit about what's happening ever since i took a life-changing choice six years ago.

ever since then my trick to get over obstacles has been to ignore them and not give a shit
----True...----

this isn't going well at all
keesko, 20:57
June 13th 2016
Everything is light
The situation is clear. The "classmate" now knows what was happening, and knows that it's not my fault if he didn't "pass the exam".

The light is so bright it's almost blinding.

I won't forget that there's darkness this time. I won't get used to the light. I will enjoy the light without forgetting of the darkness that was present before.

And hopefully that will keep the light as bright as it is right now.
keesko, 14:05
June 14th 2016
Less contrast, but more saturation
The situation is not clear.

When we cleared stuff up with the "classmate", there was another person with us. That person messed stuff up even more.

And I want it to get fixed asap, so I can enjoy this goddamn bright light.

I also contacted my friend GV regarding his VN and the repository section of this site. He told me that development for it has slowed down quite a lot because of his school exams and he said he'd be glad if I kept it up even though there's nothing there yet (it links to the homepage anyway).
keesko, 20:57
June 13th 2016
Everything is light
The situation is clear. The "classmate" now knows what was happening, and knows that it's not my fault if he didn't "pass the exam".

The light is so bright it's almost blinding.

I won't forget that there's darkness this time. I won't get used to the light. I will enjoy the light without forgetting of the darkness that was present before.

I succeeded in what would have made the light even brighter.

But that made the surrounding darkness even darker. The contrast just got worse. Imagine you passing an exam because of luck, and a classmate that really studied hard for it barely didn't make it.
Sure, you're happy that you succeeded, but you feel bad because your classmate didn't make it. And you also feel bad because you got in thanks to your luck, while your classmate just barely failed reaching the minimum requirements.

b Life is not equal for everyone, we definitely know that. We may succeed or fail in what we do, in completely different ways than someone else, and as I said multiple times, that's why life can be awesome.
You don't have to follow a set of rules and obtain the same result. And even if you do, the result will probably be different. Because we are all different.

And let's be completely honest here, if we have to correctly define the current situation with that example, then I didn't only pass by luck, but I also studied my ass off. Not as much as him, but I still did.
And you can see it in the grades.

I hope that "classmate" understands the situation as soon as possible and realizes that it's not my fault if he "didn't pass the exam".
keesko, 19:47
June 10th 2016
The Bright Light and The Life Car
Lately I've been listening to a song, and it's alright.
I don't care about the actual lyrics of it, but there's something of them that hit me:
The people who sing talk about "reaching the bright light" as if it is something that you want to do no matter what, because it's good and similar stuff.

I don't really know how to say this but basically I feel like for my entire life I've been trying to reach this "bright light" in the middle of the darkness.
Sometimes it was so bright it became blinding, sometimes I reached it and got so used to it that eventually it faded and I didn't even notice. Sometimes it wasn't as bright as it looked (I mean, a light in the darkness looks blinding at first), and sometimes it was barely visible.

And that's the scary part.

I suddenly feel like I have way more control over the "life-car" but the events of the past years have taken it to a different road that isn't going exactly where I want it to go.
And only now I realized: I never had a precise destination to begin with.

That said, I'm trying to relax and calm down, to not be affected by the events around me too much and I'm trying to enjoy my life as usual, wether or not I have control over it.
keesko, 19:52
June 8th 2016
So I'm doing this now...
Looks like I'm keeping a blog now.
It'll probably be pretty boring tbh. I suck at blogging.
And my life sucks too so that doesn't help.

Anyway I hope you enjoy reading whatever the fuck I'm writing.

So, what happened today? Well, not a lot of incredible stuff, tbh. Woke up, went to school where I still didn't fix my votes despite now having only two days to do so, and then I came back home.

After yesterday's events I thought I would have found some depressing stuff but instead everything seems fine. Which is even scarier because every time I had a "happy moment" after such depressing shit, it lasted barely a few days.

Anyway when I came back home I watched more Nichijou and finished this site because why not. Now I can use it pretty safely.
And that's all.

Oh also my friend GV asked me to add a repository section for idk what, he said he's working on a VN and he'll need a place to host some files now and then. Probably another addition to his collection of abandoned game projects :P
keesko, 19:24
June 8th 2016
Wow
Wow, dude, you scrolled this far?
What are you even doing here?

Here have this kitten. 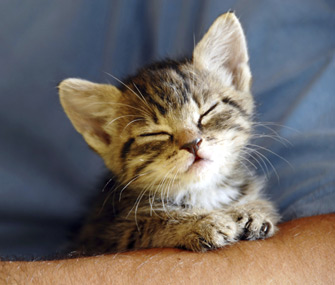